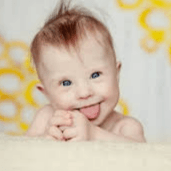 Written by Miracle on March 12, 2019
What are genetic diseases? : Genetic diseases are conditions that occur due to a mutation in a gene ( a unit of hereditary) in your body’s cells. Genetic diseases can be caused by a change to a single gene, many genes or damage to the overall chromosomes that carry the genes. What causes genetic diseases? : Some genetic diseases are hereditary, which means they are passed along from parents to children. Others are caused by genes that start out normally but then mutate at some point later in life, either on their own or due to exposure to some toxin. In many cases, a combination of different factors leads to the gene mutation. What are the symptoms of genetic diseases? : There are hundreds upon hundreds of genetic disorders, so the symptoms can vary widely depending on the type of disorder. The symptoms can range from very mild symptoms that are easy to live with to severe, life-threatening medical conditions. What are genetic disease care options? : In most cases, genetic disorders cannot be cured or reversed. Quite a few, however, can be managed with supportive care and treatment of symptoms.
close
Loading...
Validation Criteria :
Failed
Requesting...